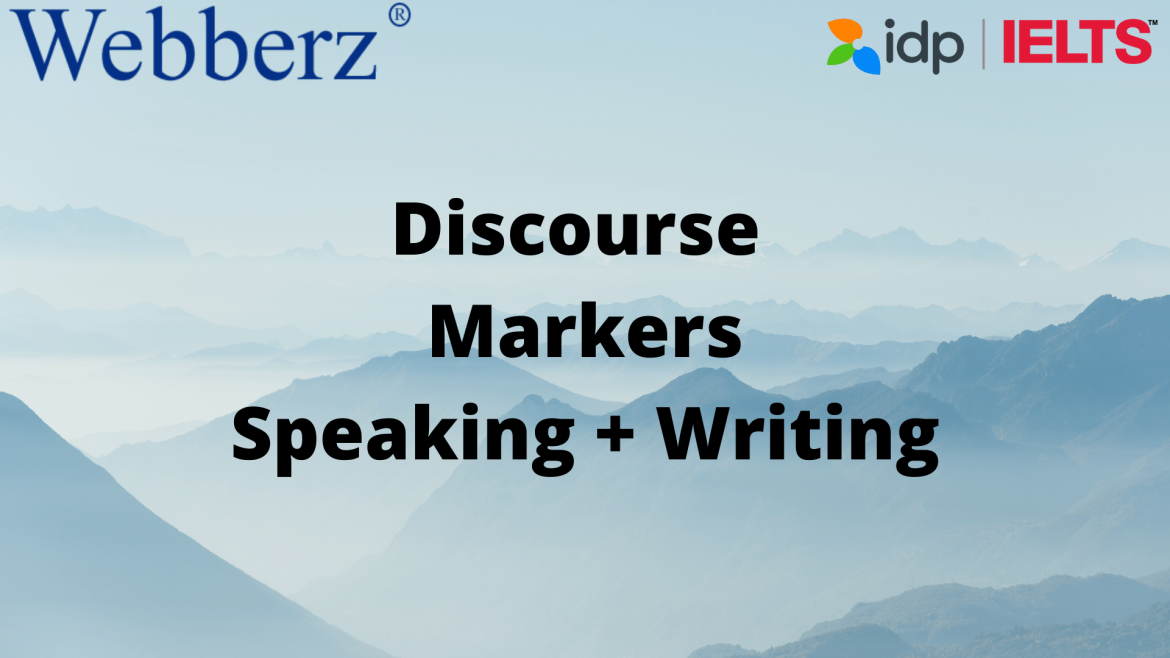 What is a discourse marker?

Discourse markers are used to organise and manage what we are saying using words and phrases to connect ideas and to express how we feel about what we are saying. They are also used to help you think about what to say next using fillers correctly to sound natural in your delivery.

Look at the discourse markers highlighted in the following sentences:

The food I ate last night probably gave me food poisoning, so, unfortunately, I’ve been up all night.

The first thing I am going to do is show you the broken screen, then I’m going to show you how I fixed it and finally, I’m going to teach you how to fix it.

The first sentence expresses uncertainty and sadness using hedging language in the form of adverbs. ‘Probably’ is used as it is not known what made them sick and ‘unfortunately’ is used to show their attitude and feelings about what happened.

The second sentence uses discourse markers to sequence the steps that are going to be presented.

Discourse markers are used to express functions of speech and therefore help to organise what is said, while signalling the attitude of the speaker. They can also be used as a ‘stalling’ device, allowing you some time to think of what to say, for example, ‘Let me think about that for a minute…’. It is much better to use a phrase like this, rather than pausing for seconds, or using intrusive fillers like ‘umm… | err…‘

However, it is important to learn how to use discourse markers appropriately and not to overuse them, so they become noticeable and repetitive like in the example below.

To start with, I really like studying English. Firstly, it is interesting, secondly it is challenging, thirdly I meet new people and fourthly I learn about other cultures. However, I must say that I find it difficult because of four things. Firstly, the grammar, secondly, the punctuation, thirdly….

Learning a range of discourse markers that can be used when communicating is a very important step to take if you want to become more fluent. You can also use these markers as a stalling technique, allowing you time to think about what to say.

Which discourse marker to use and why?

Look at the following table which shows the different speech functions you would use during an IELTS Speaking test with examples of markers you could use.

Use discourse markers when speaking

The table lists a number of functions that are used when you need to express your ideas when speaking to someone. It also includes phrases that can help, when you can’t think of what to say. Using these discourse markers instead of meaningless fillers ‘err… | umm...’ or long pauses, will show that you can speak fluently in a natural way.

The use of discourse markers when communicating helps to make you sound more fluent, helps to engage the listener and helps to successfully communicate how you feel about the conversation. Successful communication will help to improve your English proficiency level and to perform at your best on test day.