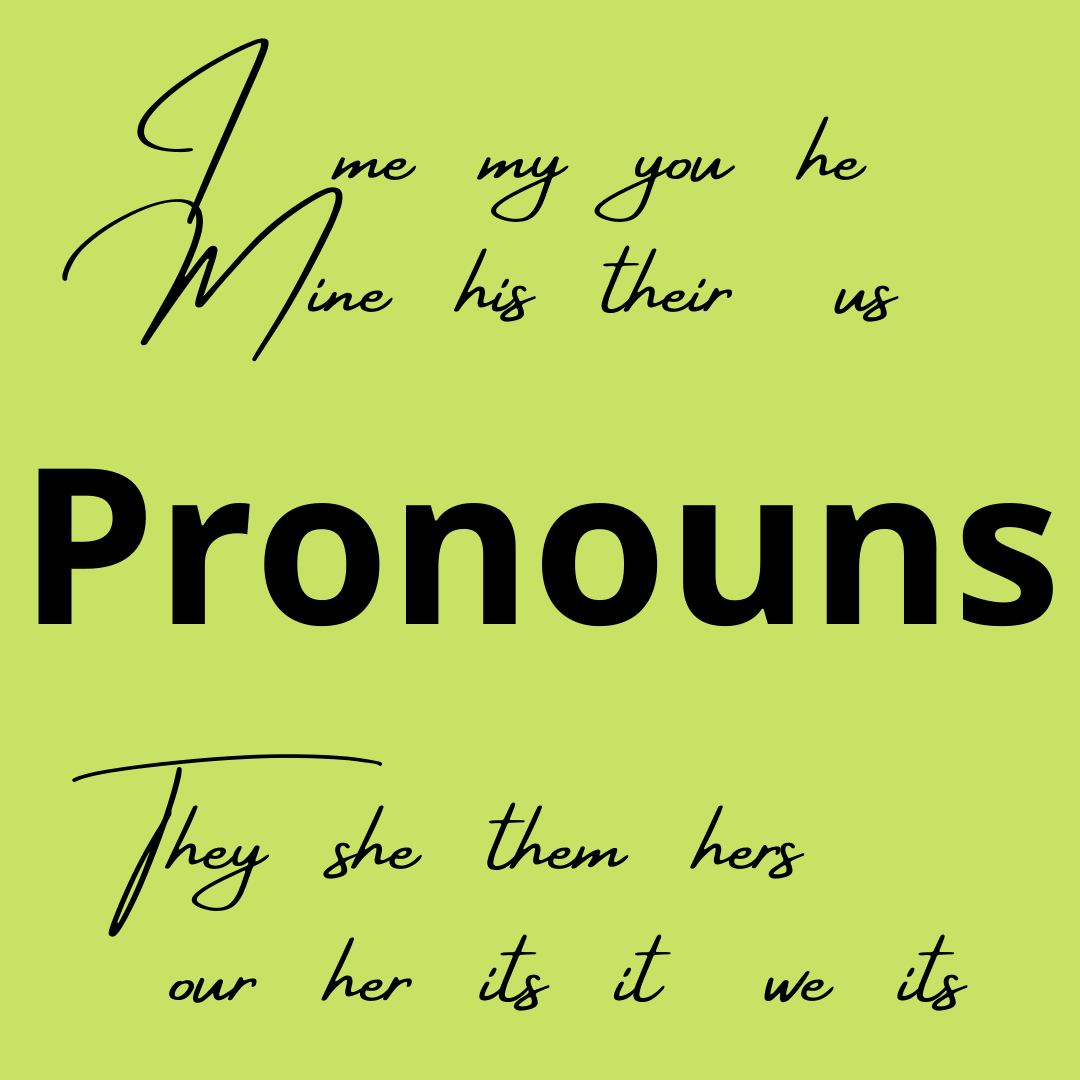 What is pronoun?
A pronoun is a word that is used instead of a noun or noun phrase. Pronouns refer to either a noun that has already been mentioned or to a noun that does not need to be named specifically.

1: Personal Pronouns
These pronouns relate to a noun in subjective case. (I, we, you, he, she, it, they)
Example:
He has been working here for last 10 years.

When a subject performs an action on itself, the   sentence uses a reflexive pronoun after the verb.   Reflexive pronouns include myself, himself,   themselves, and herself
Example:
“I kicked myself.”