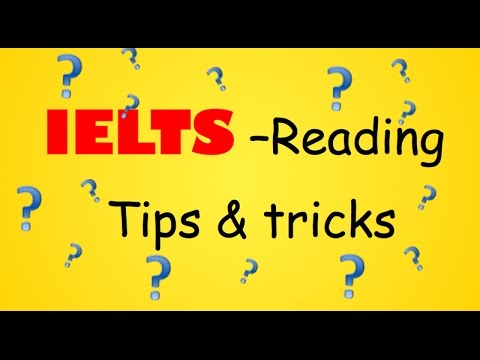 This is considered to be a tricky question type. Mostly students make a mistake in justifying their answers. Watch the video and answer the questions.

The Siberian tiger can be found in what was the USSR and seems to live mainly on the lower slopes of mountains. It likes to eat wild boar, wapiti and moose and will travel long distances in search of food. The male tiger weighs more than the female and is bigger than any other species of tiger. Genetically it is closely linked to the now extinct Caspian tiger. Although brown bears are capable of killing tigers, they make up approximately 8% of their diet. Russian conservatives are trying to protect Siberian tigers because they keep the wolf population under control.

Para 1 – Thai food is internationally famous.  Whether chili hot or comparatively bland, harmony and contrast are the guiding principles behind each dish.  Thai cuisine is essentially a marriage of centuries-old Easter and Western influences harmoniously combined into something uniquely Thai.  Characteristics of Thai food depend on who cooks it and where it is cooked.  Dishes can be refined and adjusted to suit all tastes.

Para 2 – Originally, Thai cooking reflected the characteristics of a waterborne lifestyle.  Aquatic animals, plants, and herbs were major ingredients.  With their Buddhist background, Thais shunned the use of large pieces of meat.  Big cuts were shredded and blended with herbs and spices.  Traditional Thai cooking methods were stewing and baking, or grilling but Chinese influences saw the introduction of frying, stir-frying and deep-frying.

Para 3 – Chilies and other ingredients were introduced to Thai cooking by Portuguese missionaries who had acquired a taste of South American culinary while working there during the late 1600s.  Culinary from the 17th century onwards included Portuguese, Dutch, French and Japanese techniques.  Thais were very adept at adapting foreign cooking methods and substituting ingredients.  Coconut milk was substituted for other dairy products.

Para 4 – Overpowering pure spices were toned down and enhanced by fresh herbs such as lemongrass and galangal.  Eventually, fewer and less spices were used in Thai curries, while the use of fresh herbs increased.  It is generally acknowledged that Thai curries burn intensely, but briefly, whereas other curries, with strong spices, burn for longer periods.  Instead of serving dishes in courses, a Thai meal is served all at once, permitting diners to enjoy complementary combinations of different tastes.

The instructions accompanying do-it-yourself products are regularly cited as a source of unnecessary expense or frustration. Few companies seem to test their instructions by having them followed by a first-time user. Often, essential information is omitted, steps in the construction process are taken for granted, and some degree of special knowledge is assumed. This is especially worrying in any fields where failure to follow correct procedures can be dangerous.

Often, essential information is omitted, steps in the construction process are taken for granted, and some degree of special knowledge is assumed. This is especially worrying in any fields where failure to follow correct procedures can be dangerous.

Objections to material in plain English have come mainly from the legal profession. Lawyers point to the risk of ambiguity inherent in the use of everyday language for legal or official documents, and draw attention to the need for confidence in legal formulations, which can come only from using language that has been tested in courts over the course of centuries.