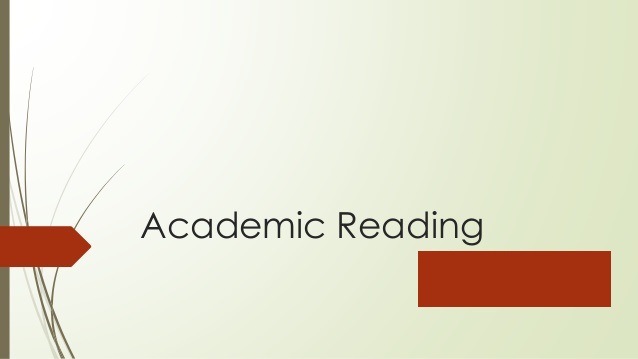 Reading Passage has seven paragraphs (A-G). Choose the most suitable heading for each paragraph from the list of headings below. Write the appropriate numbers (i-xi) in boxes 1-6 on your answer sheet. Paragraph C has been done for you as an example.

NB There are more headings than paragraphs so you will not use all of them. You may use any heading morethan once.

i     Grammar is corrected

The diagram below illustrates the information provided in paragraphs B-F of Reading Passage. Complete the labels on the diagram with an appropriate word or words.

Use NO MORE THAN THREE WORDS for each space.

12 Why was this article written?

A. To give an example of a current dictionary.

B. To announce a new approach to dictionary writing.

C. To show how dictionaries have progressed over the years.

boast of being watched through their playroom windows by rabbits.

Choose the most suitable heading for each paragraph from the list of headings below.

Write the appropriate numbers (i-xii) in boxes 13-20 on your answer sheet.

Paragraph A has been done for you as an example.

NB There are more headings than paragraphs so you will not use all of them.

Complete the sentences below with words taken from the reading passage.

Use NO MORE THAN THREE WORDS for each answer.

You should spend about 20 minutes on Questions 27-38 which are based on Reading Passage 4 below.

For the first century, or so of the industrial revolution increased productivity led to decreases in working hours. Employees who had been putting in 12-hour days, six days a week, found their time on the job shrinking to 10 hours daily, then finally to eight hours, five days a week. Only a generation ago social planners worried about what people would do with all this new-found free time. In the US, at least it seems they need not have bothered.

Although the output per hour of work has more than doubled since 1945, leisure seems reserved largely for the unemployed and underemployed. Those who work full-time spend as much time on the job as they did at the end of World War II. In fact, working hours have increased noticeably since 1970 — perhaps because real wages have stagnated since that year. Bookstores now abound with manuals describing how to manage time and cope with stress.

There are several reasons for lost leisure. Since 1979, companies have responded to improvements in the business climate by having employees work overtime rather than by hiring extra personnel, says economist Juliet B. Schor of Harvard University. Indeed, the current economic recovery has gained a certain amount of notoriety for its “jobless” nature: increased production has been almost entirely decoupled from employment. Some firms are even downsizing as their profits climb. “All things being equal, we’d be better off spreading around the work,” observes labor economist Ronald G. Ehrenberg of Cornell University.

Yet a host of factors pushes employers to hire fewer workers for more hours and at the same time compels workers to spend more time on the job. Most of those incentives involve what Ehrenberg calls the structure of compensation: quirks in the way salaries and benefits are organized that make it more profitable to ask 40 employees to labor an extra hour each than to hire one more worker to do the same 40-hour job.

Professional and managerial employees supply the most obvious lesson along these lines. Once people are on salary, their cost to a firm is the same whether they spend 35 hours a week in the office or 70. Diminishing returns may eventually set in as overworked employees lose efficiency or leave for more arable pastures. But in the short run, the employer’s incentive is clear. Even hourly employees receive benefits – such as pension contributions and medical insurance – that are not tied to the number of hours they work. Therefore, it is more profitable for employers to work their existing employees harder.

For all that employees complain about long hours, they too have reasons not to trade money for leisure. “People who work reduced hours pay a huge penalty in career terms,” Schor maintains. “It’s taken as a negative signal’ about their commitment to the firm.’ [Lotte] Bailyn [of Massachusetts Institute of Technology] adds that many corporate managers find it difficult to measure the contribution of their underlings to a firm’s well-being, so they use the number of hours worked as a proxy for output. “Employees know this,” she says, and they adjust their behaviour accordingly.

“Although the image of the good worker is the one whose life belongs to the company,” Bailyn says, “it doesn’t fit the facts.’ She cites both quantitative and qualitative studies that show increased productivity for part-time workers: they make better use of the time they have and they are less likely to succumb to fatigue in stressful jobs. Companies that employ more workers for less time also gain from the resulting redundancy, she asserts. “The extra people can cover the contingencies that you know are going to happen, such as when crises take people away from the workplace.” Positive experiences with reduced hours have begun to change the more-is-better culture at some companies, Schor reports.

Larger firms, in particular, appear to be more willing to experiment with flexible working arrangements…

It may take even more than changes in the financial and cultural structures of employment for workers successfully to trade increased productivity and money for leisure time, Schor contends. She says the U.S. market for goods has become skewed by the assumption of full-time, two-career households. Automobile makers no longer manufacture cheap models, and developers do not build the tiny bungalows that served the first postwar generation of home buyers. Not even the humblest household object is made without a microprocessor. As Schor notes, the situation is a curious inversion of the “appropriate technology” vision that designers have had for developing countries: U.S. goods are appropriate only for high incomes and long hours. — Paul Walluh.

Do the following statements agree with the views of the writer in reading passage 4? In boxes 27-32 on your answer sheet write:

YES – if the statement agrees with the writer

NO – if the statement contradicts the writer

During the industrial revolution, people worked harder NOT GIVEN

Choose the appropriate letters A-D and write them in boxes 33 and 34 on your answer sheet.

B.crises occur if you are under-staffed

C.people are available to substitute for absent staff.

D.they can project a positive image at work.

A.they would not be able to afford cars or homes.

D.they do not wish to return to the humble post-war era.

The writer mentions a number of factors that have resulted, in employees working longer hours. Which FOUR of the following factors are mentioned? Write your answers (A-H) in boxes 35-38 on your answer sheet.

A. Books are available to help employees cope with stress.

B. Extra work is offered to existing employees.

D. Benefits and hours spent on the job are not linked.

E. Overworked employees require longer to do their work.

F. Longer hours indicate a greater commitment to the firm.

H. Employees value a career more than a family.

35. B. (Extra work is offered to existing employees.)

36. D. (Benefits and hours spent on the job are not linked)